who was Eugen WEIDMANN ?

Who was Eugen Weidmann ?

He was young. He was good-looking. He admitted to being guilty of at at least five  murders and participating in  a sixth  between July and December 1937.

He would have been 100 years old on the 5th of February 2008. But his life ended suddenly in front of the Saint Pierre Prison in  Versailles, on the 17th of June in 1939  at 4:32 in the morning on the infamous guillotine.

Born in Frankfort on Main, Germany, his fellow citizens have long since forgotten him, but if we still remember  the name of Eugen Weidmann today it’s  because he holds the unenviable title of the last man guillotined in public in France.

The misbehavior of the crowd on the morning of his execution and the embarrassment caused by the pictures and the two films of his demise which went around the globe convinced the justice minister, Edouard Daladier to ask Albert LEBRUN ( President of France at the time ) to abolish public executions and to bring the Widow behind the prison walls where it operated in private as late as 1977.

Was Eugen Weidmann  a « Dandy with bloody excesses, at the time of the Front Populaire »  as the subtitle of Roger Colombani’s book announces it ?

Was he a dark and beautiful man with an evil instinct, beloved by his lawyer, as Michel Ferracci-Poggi wrote it ?

A nazi agent in charge of undermining France or infiltrating the network of migrant Germans ? A terrorist from a jewish anti-Hilter network ?

Did he committed other muders than those he was convicted for ? And especially the 6th murder , Roger Leblond’s one, for which justice finally did not decide between his responsability and Roger’s million , who was in collusion and his friend at the time ?

For this man and his accomplices , Roger Million, Jean Blanc, Eric Frommer ( who Weidmann murdered too ) and Colette Tricot ; was the robbery the only aim ?

They made 15700 Francs out of it and 500 dollars more, in traveller’s check tooken fom Jean de Koven , 1200 francs and a ring stolen from Jeannine Keler , joseph Couffy’s car , a golden pen and a watch tooken on Roger Leblond’s body and then a golden lighter stolen from Raymond Lesobre , and his car too.

Or maybe did he kill out of pride, in order to indentify himself to the biggest criminals ?

The papers from that time only speak about plots and « La Cagoule », terrorist group against the French Action, linked to and inspired by the Italian and German dictatures , who seemed ready to undermine the Republican regime and take it down.

In this context, the french secret services were suddenly interrested in the arrestation of this man, who made the journalists wonder if he was a nazi spy ( his father was part of the NSDAP), a man used as a killer, or a man placed there in France by our ennemies forming with his accomplices an intervention’s group like the man from La Cagoule … ?

Agents from the Gestapo went to the Versailles Law Court , then to the houses and offices of the lawyers of the murderer, where they searched for Weidmann’s files.

One of his lawyers, Jean Raoult, had the good idea of hidding them in his children’s toys. The Germans did not thought about it. They went even to Corsica where Vincent de Moro Gaffierri was hiding and took with them every files they could find in his parisien home.

Why were they in a such a hurry to destroy the files ? Did they fear that the files contained compromising documents for the Nazi’s regime ?

Or did they only wanted to destroy the evidences of the criminality of an Aryen ?

Was Eugen Weidmann a monster as the newspaper used to say ? A psychopath ? A perverted man who could not help but doing evil things, as Dr Genil-perrin , a famous psychiatrist at the time, said ?

Is his responsability belittled by the moral abnormality of his personnality, as another expert Pr Claude said ?

Was he a man with a moral perversion, hurting his affects, as Dr Allendy tried to explain during his trial ?

Did he suffer of hysteria as Renée Jardin, the only female lawyer on the case , wrote in her book ?

If the name «  serial killer » would have existed at the time, would we have use it to describe this sery of murders ?

As a shrink I proposed myself to study in a book the complex personality of a german killer who committed those crimes in a very troubled period of history , just before the beginning of Worl War 2 .

The WEIDMANN case, until today, raised more interest within the police, the justice and the medias than the psychiatrists.

It began in 1937 when the french police was confronted with a series of unexplained cases. The first would be the disappearance of a 24 years old dancer from New-York, Jean de KOVEN, who came to the french capital with her aunt, for the Universal Exhibition. Two successive ransom demands would not allow to find the kidnappers, the police having somehow lacked subtlety and discretion. A few days later, the young girl’s traveller checks would be used and changed in several bank branches. The first weeks after she disappeared, no trace of the girl was not found and the 12th of September, Jean KOVEN’s brother, who came to France for the occasion, returned to the United States with the aunt of the girl . On November 30, the case was classified by the french police.

Meanwhile, September 8, 1937, a chauffeur, Joseph COUFFY, who had been hired to drive a client on the French Riviera is found dead, lying beside the road, a few kilometers south of Orleans. His face was covered with a newspaper, giving passersby the impression he was sleeping. His car disappeared.

Investigators were still slowly gathering information on the murder which seemed to them inexplicable when another crime was committed. October 17, 1937, a body was found in a green Talbot, parked near the Neuilly cemetery; the headlights of the car were left on all night, which drew the attention of the neighbors. It was the corpse of Roger LEBLOND, theater impresario, killed by a bullet in the nape of the neck, like the chauffeur.
On November 28 of that year, a real estate agent Raymond LESOBRE disappears. He is found dead, also killed by a bullet in the nape of the neck, face against the ground, down the stairs of the basement of one of the houses he had to show on that day. His wallet containing 5000 francs and a gold lighter disappeared. A business card was given to the real estate agent to visit in the afternoon. It was Arthur SCHOTT’s card, a traveling salesman specializing in lingerie, perfectly honorable, who had an unimpeachable alibi. He was not « the customer » who killed
Raymond LESOBRE at the villa « Mon Playsir »
The police asks Arthur SCHOTT to list people who were likely to have in hand his business card. Among these, he cites his German nephew Fritz FROMMER, whose description resembles that of a person who has been seen in the company of Raymond LESOBRE, shortly before his death. But when the police are interested in Fritz FROMMER, they discover that he has been missing since November 22, five days before the murder of Raymond LESOBRE.

The Police learned through another uncle of Fritz FROMMER that he was worried about the influence that Siegfried SAUERBREY had on his nephew. He was a hardened criminal that the young man had met while he was detained for political reasons in Germany. Hugo Weber, Fritz FROMMER’s uncle does not know where SAUERBREY is, but he thinks that he calls himself KARRER and maybe living in a villa in Saint-Cloud.

Even if Eugen Wedmann had been broke his entire life, he has been defended in the court of Versailles by several lawyers, that were all court appointed attorneys and who expected no gain, except some publicity from the medias, because the case occupied many newspaper of the time.
The first was Master Roger PLANTY, then President of the Bar.
He appointed himself and two of his young colleagues, Master Jean RAOULT and Master Renée JARDIN which was never the last to highlight herself. She willingly said that she had been chosen by WEIDMANN. She was certainly much appreciated by the one who called her « dear Master » in some of his letters but the only request WEIDMANN had during his incarceration was to be defended by a woman. But at that time, when a very few people of the female gender were occupying official positions in France, she was the only woman officiating at the bar of Versailles.

On the advice of Mr. Lange, a lawyer in Francfort-sur-le-Main and family friend, the mother of Eugen WEIDMANN wanted to appoint Master Floriot, but his son absolutely refused, despite the insistence of the latter.

Master RAOULT in his personal notes qualify his client as an « enigmatic individual », « confusing », both « weak and proud » that makes « the worst mistakes » and having « feelings that honors him. » He would be speaking shortly before the trial, asking the new prison chaplain to come to comfort and help his client.

Master Renee JARDIN described him thus: « I was young, he was beautiful, with a natural elegance, full of allure. It’s true that he made a strong impression on me ». Her colleagues think at the time that « he cached her eye » She would spend all of her free time, if not for him to avoid the guillotine, but at least to save his soul. They would speak « honestly » of love with the blessing of the Bishop of Versailles who advised Master JARDIN to « prepare the soul » of his client and « bring him the consolation of faith. »

In May 1938, Mr. Vincent de MORO Giafferri, would join the team of WEIDMANN’s defenders. Aged 61, veteran of the courtroom, he was famous for having defended, among others: Dieudonné from the band of BONNOT in 1913, followed by the famous Henri Désiré LANDRU guillotined in 1922, and the Bulgarian communist militant Georgi Dimitrov Mikhailov, the one of the alleged perpetrators of the burning of the Reichstag in Berlin on the night of February 27 to 28, 1933.

The publicity around WEIDMANN’ case would be huge, covered in unison by various French newspapers at the time , daily or weekly, which then acted as the news does today, and by various foreign newspapers.

Later, in 1944, Master Renee GARDEN would be forced to leave France, where she was condemned in absentia for acts of collaboration with the occupier and she was removed from the Bar. Refugee in the United States after a long stay in a monastery, where she told us she was did suffer from « melancholy depression, » she would marry Hans BIRNIE, professor at Stanford in California, with whom she lived for twenty years. Pardoned by decree of the President of the Republic she would explain these facts in her book « Footsteps of the outlaw » published in 1964. Hans Bernie would die soon after their return in Europe she herself would end her days in Clarens, Switzerland. 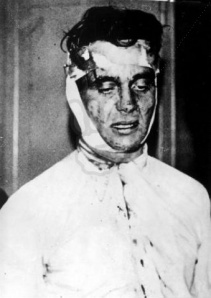 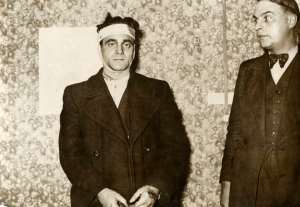